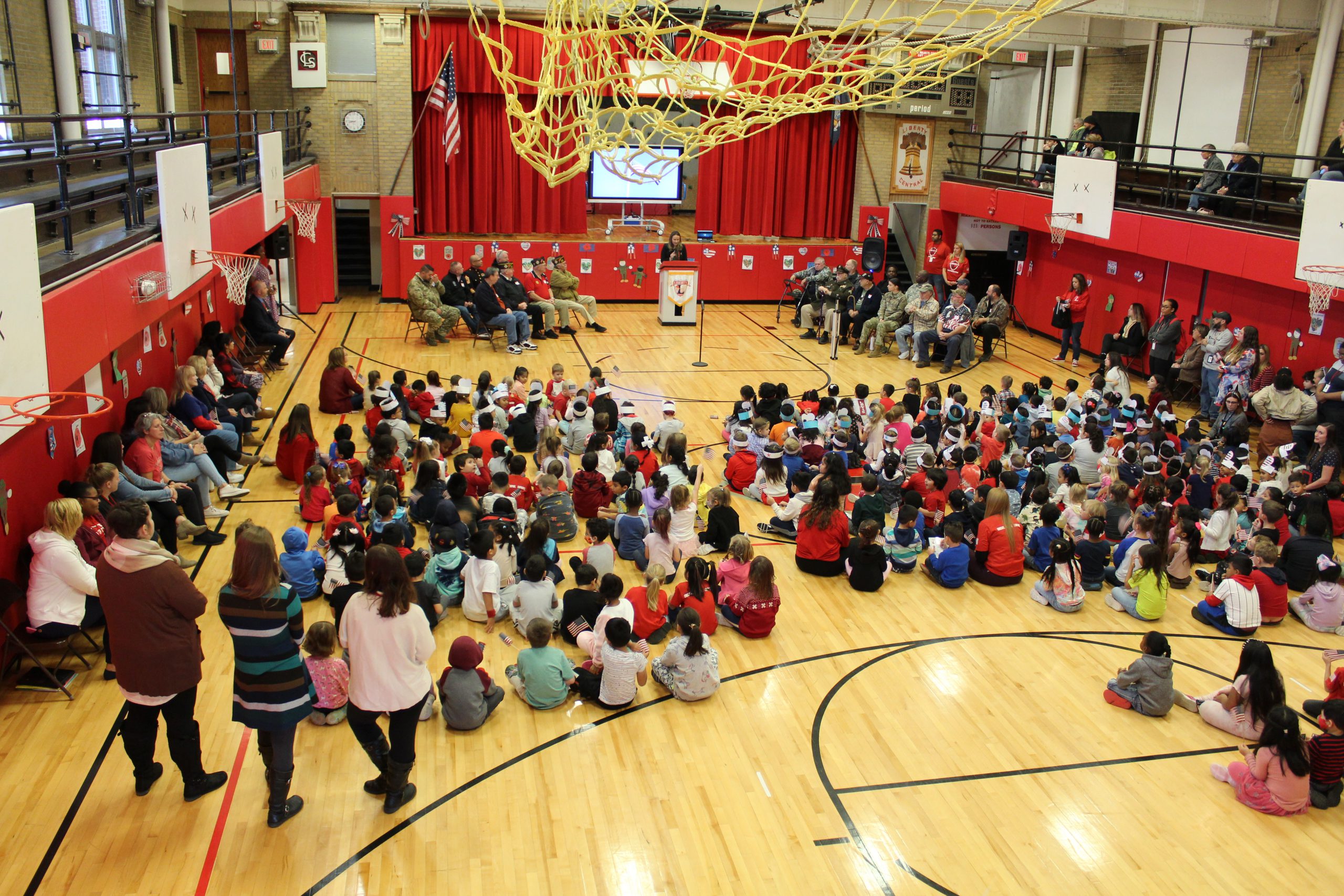 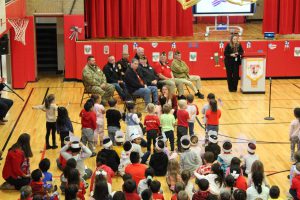 Assistant Principal Brittney Cunningham delivered the opening remarks, in the absence of Principal Robert England who was unable to attend.

“Our students at Liberty Elementary school have been preparing for this day for weeks,” she said. ”Through patriotic songs, we learn about what is important. It is important that they feel they are part of the American family that accepts them and appreciates their value to our community and the nation.”

She also explained what it means to be a veteran, and how important service is to our community and our country. 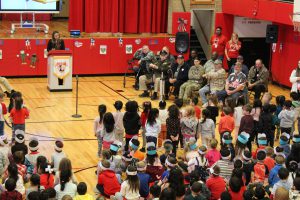 During the two assemblies, veterans were treated to “See the Veteran” by the pre-kindergarten students, “My Country ‘Tis of Thee” by the kindergartners, and “This Land is Your Land,” by the first graders. All students sang “Grand Ole Flag” to close the ceremony.

Second, third and fourth graders honored veterans in the second assembly with poems, songs and a presentation of donations.

Mrs. Countryman and Mrs. Rubik’s class read a poem that they wrote in honor of the veterans, as did Mr. Conner’s students. Second-graders sang “Thank You Soldier,” followed by the third-graders singing “God Bless America,” and the fourth-graders, who sang “The Star-Spangled Banner.” The second grade class of Ms. Kristine Kratz presented the collected donations to the veterans that will go to local VA needs.

At the end of both assemblies, veterans lined the doorways as students exited with high fives, hand shakes and thumbs up as a way to thank them for their service.

This annual Veterans Day assembly is made possible by the collective planning and hard work of the LES Building Leadership Team, the Maintenance Department, everyone in the LES main office and every teacher. Finally, a very special thank you to Ms. Kristine Kratz, the teacher who puts her heart, soul and love for our country into every Veterans Day assembly. Thank you, Ms. Kratz for all of your dedicated work to teach our students about honor, service and patriotism.