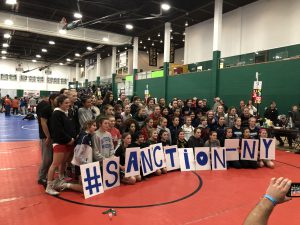 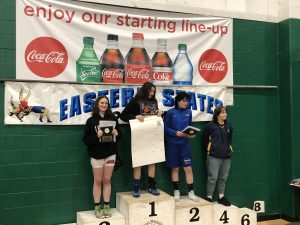 Girls wrestling is an emerging sport and will possibly be its own sport in the next school year. “While our girls still compete as ‘mixed competition,’ meaning they compete against boys in most cases, it was a positive experience to compete in a tournament of girls only,” Liberty Athletic Director Erin Alvord said.

Kip  placed third in her 160-pound weight class, earning her a spot on the podium. She will also compete in the he first New York State Public High School Athletic Association girls wrestling invitational tournament on Jan. 27 at SRC Arena and Event Center in Syracuse

Gonzague is a strong competitor and has great hopes to finish out the season strong.