When many of us were growing up, the only language we learned at school was a foreign one. Now, students are also learning a digital language: Code.

Liberty Elementary School students are learning the basics of coding through a 21st century curriculum and online tools such as Swift Playgrounds, an iPad app that teaches the fundamentals of coding in a way so simple even the youngest of learners can grasp it.

Third-grade students from Mrs. Houghtaling’s class went quiet as they entered directional commands into form a complete sentence in Code. Pretty soon, they had no problem instructing Byte (the app’s animated character) using basic coding commands.  Cheers erupted – as well as a request to keep playing the app during recess! 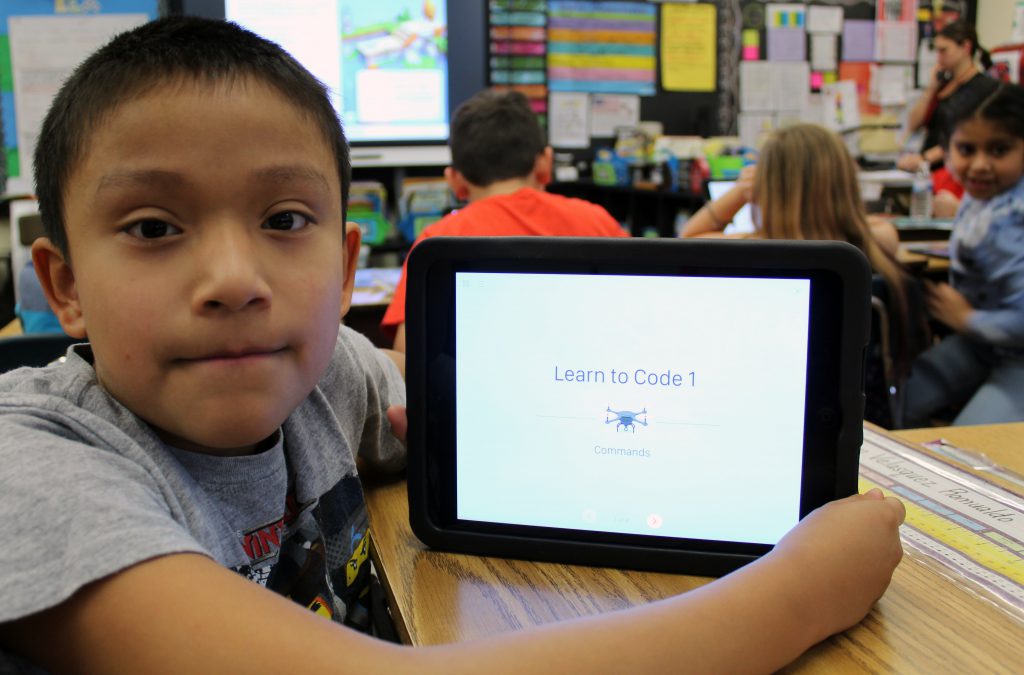