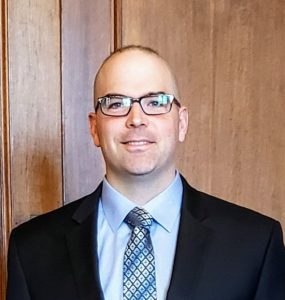 On March, 18, he earned his doctorate in educational leadership from Manhattanville College. On March 19, he was appointed Assistant Superintendent of Schools by the Liberty Board of Education.

The Liberty Central School District Board of Education is pleased to announce Dr. Patrick Sullivan  as the next Assistant Superintendent of Schools, effective July 1, 2019.

In the four years since Dr. Sullivan joined the Liberty Central School District, no grass has grown beneath his feet. He joined the district’s administrative team in 2016 as Assistant Director of Student Services. In 2018, he became Assistant Principal of Liberty Middle School.

During his time at Liberty, Dr. Sullivan implemented several initiatives to improve educational and emotional supports as well as safety and security.